Home Zubeidah Koome: 10 quick facts you need to know about the KTN...
Featured

Zubeidah Koome: 10 quick facts you need to know about the KTN presenter

The beautiful and famous Zubeidah Koome is one of KTN’s trusted and trendsetting news anchors. She shares a compelling life story that commands an outpouring of love from her television lovers. The celebrity is a real figure of success by far, having risen from junior to senior ranks on our screens. 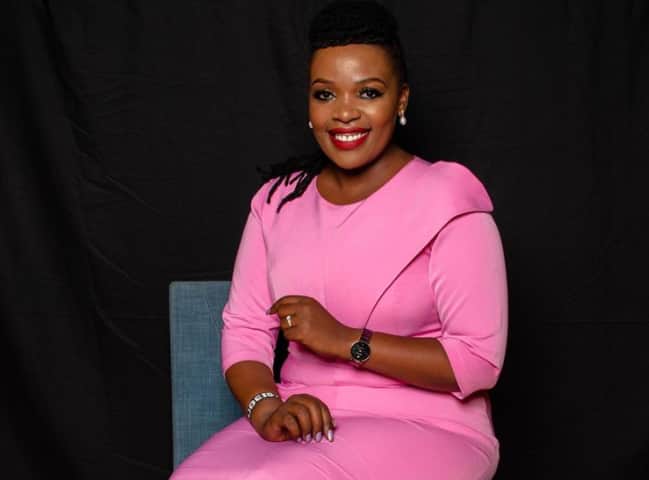 Zubeidah Koome of KTN is a dynamic media personality needing no introduction in Kenyan social scenes. The star has recently been on the news for all the right reasons, confirming that her career is going up the ladder. She deserves more because her success never came easy, as most people would assume.

10 quick facts you need to know about Zubeidah Koome

The outspoken Zubeidah Kananu Koome is a strong woman beyond her vibrant journalistic career. She has kept millions of Kenyans regularly tuned to KTN for news, education, and other information. If you have not yet checked all the facts around her name, here is what you have been missing.

READ ALSO: List of all KTN presenters (with photos)

1. She gave up her talent in music for journalism

Did you know that Zubeidah is a gifted singer? The beauty queen has previously spoken of her skillfulness in music. She has even admitted that music was her runners up to journalism.

She would have been a celebrated singer had it not been for journalism. She sings in church and even managed to record several songs before sinking deeper into journalism.

Clearly, the screens are her thing because she first joined a journalism club in primary school. The group mentored her confidence even as she joined high school, where she was also a chair for the journalism club. She recounts collecting all sorts of stories from magazines and presenting the same during assemblies.

2. Zubeidah has worked with KTN for more than 12 years 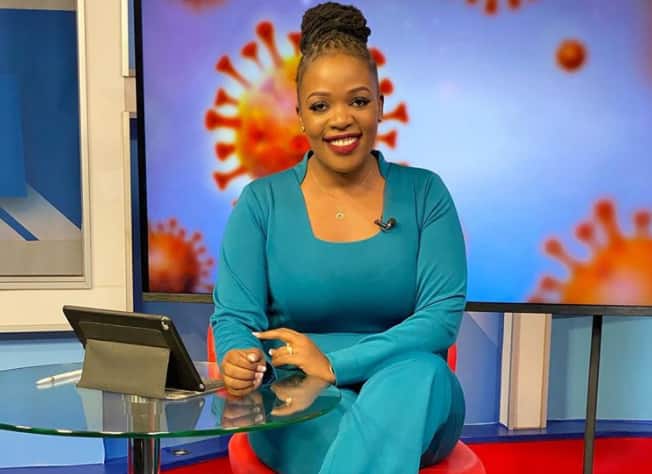 The Standard Group welcomed Zubeidah in January 2007 for the intern position. Little did she know that the employer would kick-start her career journey and hold her for more than a decade.

Upon successful completion of her three-month internship program, the media house awarded Zubeidah with a yearlong contract. Even better, she confirmed her permanent employment with the company in 2009.

Her dedication and consistency earned her the position of a senior reporter a few months later. 2012 was another smooth year for the journalist because she sailed to become KTN LEO political news anchor. She is currently an accomplished KTN LEO producer and anchor for Kiswahili news.

3. She is an alumnus of Nazarene University

Zubeidah Koome is a Bachelor and Master’s Degree icon from Nazarene University. She started her higher learning education at the Kenya School of Professional Studies in Parklands.

The presenter later joined Shang’ Tao Media Arts College before proceeding to Crossworld Institute. Zubeda graduated with a diploma in Journalism and went a step further to crown it at Nazarene.

Her career highlights indicate that she attended the Nairobi-based Africa Nazarene University, where she majored in Peace and Conflict Resolution Studies.

She has also been undertaking Governance, Peace, and Security studies at a masters’ level in the same institution. The later enlists her name among presenters with Bachelors’s and Master’s degrees in Kenya.

4. At first, she was reluctant about moving to Nairobi 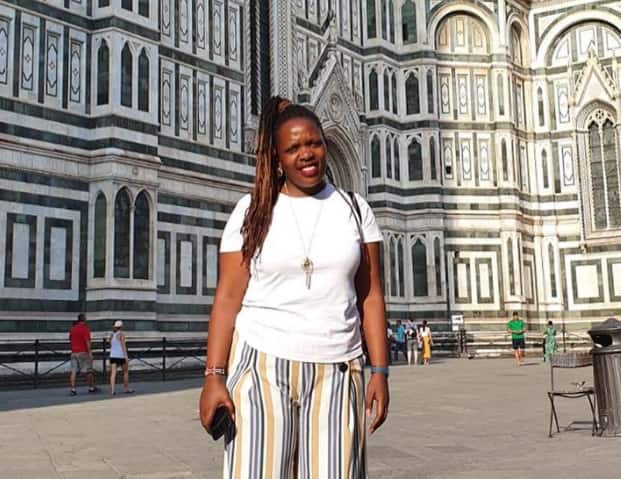 Moving to Nairobi in 2002 was not easy for Zubeidah considering she had spent all her childhood in the village, Meru. Apart from leaving her people, she was uncomfortable going to Nairobi because of the negative perceptions she had collected over the years.

The thought of Nairobi provoked a series of terrifying scenes through her mind. She had preconceived bad stories of peer pressure, rape cases, and crime. These are such issues that left her second-guessing her decision to travel and live in Nairobi.

Zubeidah recalls a friend picking her from around Tea Room, where she had alighted after the longest journey of her life. Indeed, being a village girl, she spent a better part of her early days locked behind the door in her Ngara hostel whenever she was out of class.

5. Nairobi girlfriends introduced her to alcohol and club life

Even with a mother’s strictness, Zubeidah managed to taste irresistible pleasures of Nairobi city during her life in college. Despite being a good dancer, she had never set her feet in a club. A company of friends influenced Zubeidah to the rhythm of clubs.

At first, she tried Sprite then later Smirnoff Red Ice, and the rest is history. The conviction from friends that alcohol was another type of soda must have lured the innocent Zubeidah into her first alcohol intake. She recently joked how her first glass threw her off, only to find herself in bed the next morning.

6. She was under a caretaker away from her mother

Parents are always protective of their children, which was the case for Zubeidah when she first moved out of her Meru homeland. At this point, she was a village girl with no skill to blend with the hype of urban life. Afraid that the city will spoil her child, Zubeidah’s mother placed her under the care of her college life residence caretaker.

The presenter revealed how her mother would make persistent follow up with the caretaker on her welfare. She even instructed the caretaker to follow up all her moves outside the school to be sure she was safe.

Zubeidah Koome tribe, Ameru, believes in strong morals, which her mother tried to instill beyond all means. Unfortunately, Zubeidah managed to break the surveillance mesh for the forbidden bottle, alcohol. Even so, her mother remained in the dark on her new influence.

7. She is a well-traveled senior reporter

Reading more comes with new experiences and skills, as well as traveling. The presenter was fortunate to land on a gig of interviewing presidents immediately after her last school papers. The opportunities took her to different places where she was part of the presidential interviewing crew. This high-profile expose launched her career with the much-needed journalistic integrity.

8. She is a documentary and cooking channel fan

The daughter of Ameru leads a vibrant lifestyle that keeps fans on the admiration bench. She is a typical woman with class and beauty on her side. When away from the screens, Zubeidah spends her time researching and progressing her academic studies.

Besides, she loves watching movies and following informative documentaries. Guess what, she also enjoys cooking lessons on popular screen channels.

9. She got a job and a husband in the same year

Some years are unique in our lives, and 2009 was that much special for Zubeidah. Besides signing as a permanent employee at Standard Media, she won herself the love of her life.

Zubeidah Koome husband Kelvin Koome is a hunk who keeps women interested. The couple has since lived happily and is now a reason to believe in true love.

There were unconfirmed rumours about Zubeidah being romantically involved with the famous head of state, Salva Kiir, of South Sudan. Zubeidah and Koome recently celebrated their 11th wedding anniversary on August 15th, 2020.

10. She gave birth to a baby boy on Valentine’s Day

Zubeidah has an older daughter with her lover Koome. Like Bahati’s Diana Marua, the couple welcomed a bouncing baby boy on 14th February. Even with the beauty of her family, Zubeidah prefers to keep most of her personal life off the camera. 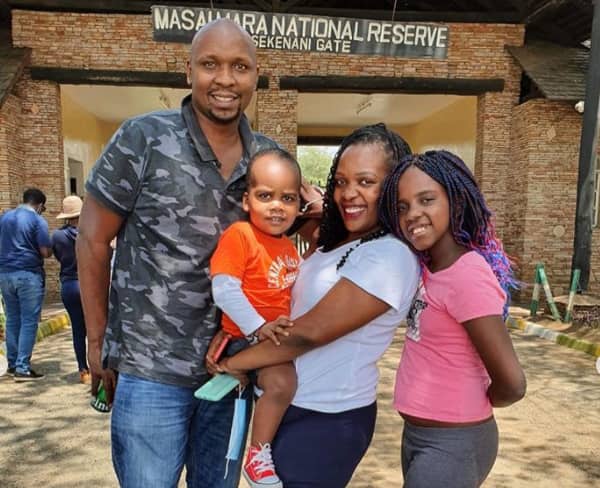 KTN’s talented TV queen, Zubeidah Koome, is a role model and a preferred journalist to many. The real story behind the success of this screen idol goes beyond her stunning appearances and the trending Zubeida Koome laughing video. She is truly inspiring.

The TV anchor went to St Cecilia Misikhu Girls High School. She then joined South B’s Kenya Institute of Mass Communication for her undergraduate degree. Other than KTN, Akisa has worked for Ebru TV and the Korean-owned TV station, GBS.