In a post o Twitter, the Bungoma senator replied to a post by Simiyu in September 2020 telling him how long and painful the fight for Ford-Kenya has been.

Wetangula scoffed at the lawmaker reminding him to be wise while choosing his battles and that political battles are not fought in drinking or smoking dens. 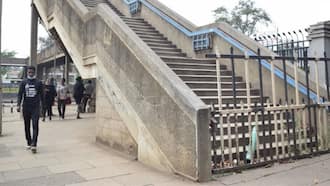 “It has indeed been long and painful. Certainly, it is neither the courts nor the shenanigans that stopped your misadventure. But you were! Next time, choose your battles carefully my brother. Political battles aren’t drinking/smoking dens,”wrote Wetangula

The war is going to be long

In a post dated Thursday, September 2020, Simiyu declared that Wetangula must relinquish his position as the party leader.

“The war is going to be long but that is what soldiers are made for. Weta must go, however long it will take, we have the determination and no court delays or the shenanigans will stop us,” he declared.

The differences between the two have led to numerous court battles and confrontations, including a shooting incident during the declaration of Wetangula as the party’s presidential candidate by the delegates. 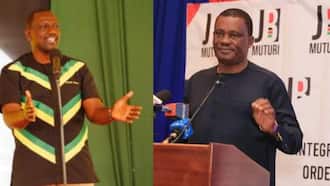 TUKO.co.ke earlier reported that Simiyu had declared that the journey to reclaim the Ford Kenya party from Bungoma senator Moses Wetang’ula’s faction is unstoppable.

The lawmaker allied to Kanduyi MP Wafula Wamunyinyi-led faction fighting for the control of the lion party said the process of ousting Wetang’ula had been finished and that only the courts were holding him.

“We had finished the process of removing Wetang’ula as the party leader. He went to court and it is holding him there. We are pursuing the court matters,” Simiyu said.

Simiyu had earlier said Wamunyinyi’s camp was on course to restoring the party to its ‘lost glory’,.