– In the snap, the two sisters were in perfectly matching outfits, black tops and grey sweatpants

Ekirapa has two sisters who are rarely seen in the limelight like her. 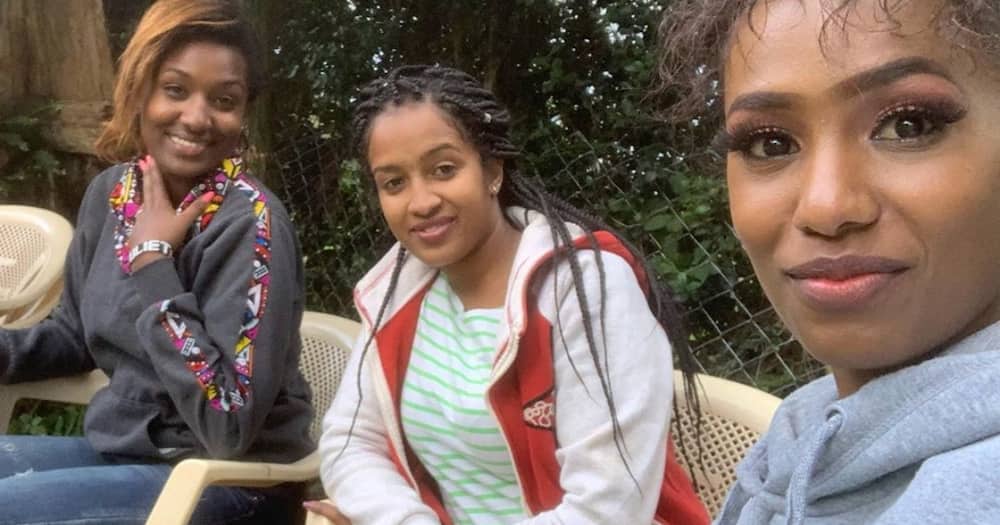 However, on Wednesday, August 26, she gave her fans a glimpse of the people she treasures most on her Instagram page.

The media personality shared a photo of her two sisters who were perfectly matching outfits in black tops and grey sweatpants.

They even had similar black masks partially hiding their faces.

In her caption, Ekirapa quipped that she had the kind of sisters that could still slay while wearing crocks and boy was she right!

Ekirapa even shared their names through Instagram handles with the taller of the two being @juliet.ekirapa and the other @tushlyne.

The TV girl, who is also a singer, recently disclosed that she was meant to walk down the aisle on her birthday in April 2018 but decided to cancel the event altogether.

She disclosed that her then-lover had already proposed to her in March 2018 and had their traditional wedding in the same month – after which she realised it was all a mistake.

“In 2018 I was to get married on my birthday in April, I got engaged in February and in March I had my traditional wedding. I realised it was a mistake and I was going to get into something that I had never thought through,” she said.

Ekirapa said she recognised that she was going to hurt the guy and took two days off to pray over and on coming back, she called off the wedding.

The TV host said she knew they were not okay as a married couple but good as friends.