The mom said that raising the three girls wasn’t an easy feat. She is, however proud to see how far they have come.

The single mom shared her story of the struggles she has had to face to raise them. 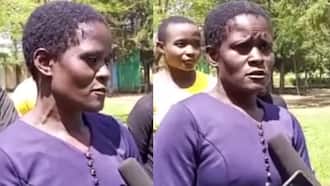 Bungoma: 37-Year-Old Mother of 5 Goes Back to School, Hopes to Become Teacher

“When I was pregnant from 17 weeks, they just never thought they’d even be born, let alone be at this stage now,” the mom was quoted by 9News saying.

She said that even simple things as preparing the girls for school were an exhausting experience as she had to do it three times.

“You think you’ve got it all done, there might be one of two that you’ve missed, little things and then it’s three times,” she said.

The three recently graduated from Albany Creek State High School and their mom couldn’t have been prouder.

The girls are now looking forward to an exciting experience in life after high school and making their mom proud.

TUKO.co.ke recently published a story of quadruplets who broke the record as they graduated from a UK university at the same time with two bagging first class. The siblings bagged degrees in interior architecture, accounting and finance, law, and business and management. 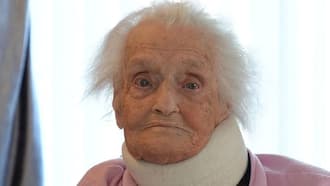 BBC reported that Ayah, Abdelrahim, Osama, and Ahmad Shaaban are 20 years old and came from Dubai, United Arab Emirates, to study after finding out about the institution at a recruitment event.

Joe Biden Test-Drives 1,000 Horsepower Hummer in Tyre-Screeching Show: “This is...