Home Trevor Ombija; 7 fast facts you should know about the Citizen TV...
Featured

Trevor Ombija; 7 fast facts you should know about the Citizen TV presenter

Trevor Ombija’s resounding baritone voice has certainly distinguished him from his peers in the media industry. Does the eloquent journalist’s impressive career ascent and unconventional approach to news reporting qualify him as a reconnaissance man? He probably is considering his remarkable news presentation for all the media stations he has worked for. Trevor’s finesse in presenting hard facts coupled with incredible interviewing skills have earned him a top spot among the crème del a crème of journalists in Kenya. How much do you know about him? What are his interests and dislikes? How much does Trevor Ombija earn? 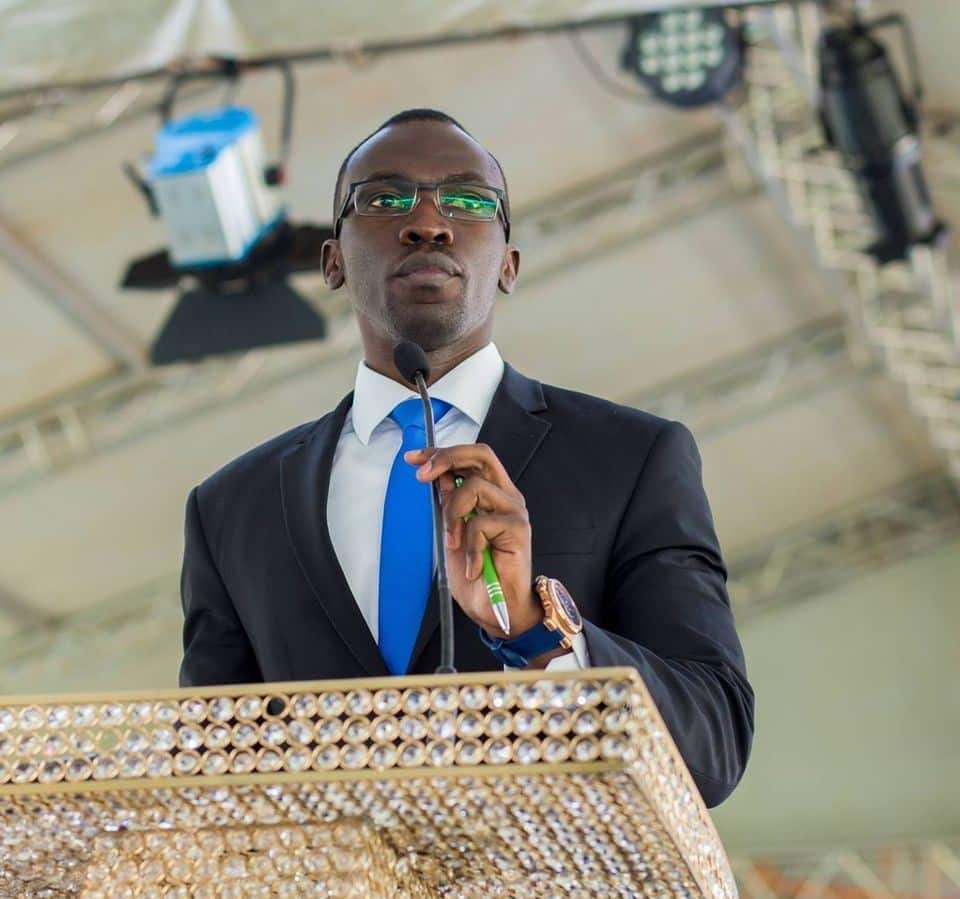 Although a journalist’s life on screen is scripted, their capability to bring their unique style out of their outspoken personal traits is what makes them stick. They always have a straight face (with occasional smiles), which makes many wonder what happens beyond closed doors. Ombija’s one likeable character on screen, with a demeanour that most people find professional yet approachable.

Hence, it would be quite interesting to learn more about the journalist to satisfy certain curiosities out of the verbal cues and natural gestures that seem hard to interpret. Indeed, Trevor is an eloquent journalist with nearly a decade’s experience.

Who is Trevor Ombija?

Where was Trevor Ombija born? At some point, the popular Kenyan journalist was rumoured to be related to retired Justice Nicholas Ombija Owano. The judge dispensed justice for nearly four decades before retiring. Even though the two share a name, the journalist denied the claim, which confused fans even more about his background.

Are you wondering about Trevor Ombija parents? His early life is not an open book, but he has mentioned a few details about his father. All that is known is that Trevor’s father worked as a teacher in the village.

Trevor attended Anding’o Opanga Secondary School, in Nyakach, Kisumu County where he attained his KCSE certificate. He then attended the University of Nairobi and graduated with a degree in journalism.

When Trevor was pursuing his journalism degree at the University of Nairobi, he was pursued by China Central Television Africa (CCTV) bureau, now CGTN as an intern in 2012. This opening allowed him to begin his career as a journalist and earn great exposure.

Trevor later ventured into radio, working at Nation FM’s news desk that was at the time known as Easy FM. He managed to transition to television and joined NTV in 2014 where he was one of the main news anchors. He even became an associate producer at the giant media station.

Today, Trevor Ombija hosts Citizen TV’s Monday report that seeks to empower people by allowing them to direct questions to their leaders. His interviews and town halls are well-presented as the journalist articulates his words pretty well. 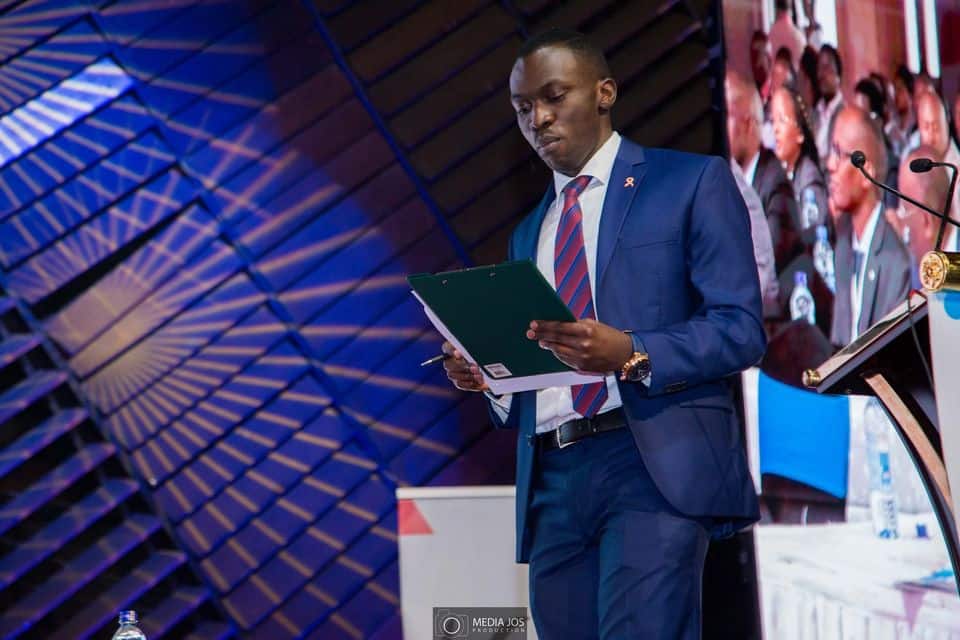 Trevor Ombija is from which county? Fans are wondering about this and many more about the fast-rising Kenyan journalist. He is amazingly talented, and any upcoming journalist would probably be looking up to him. What more is there to know about Trevor other than his simple background?

1. He is a journalism graduate from the University of Nairobi

It is rare for any of the top media personalities in Kenya to have a journalism degree from one of Kenya’s top universities. For Trevor to have gained his academic accolade from the university means that he is one unique talent. The degree has allowed him to expand his career in the industry, working for some of the biggest media stations in Kenya.

According to Trevor Ombija’s bio on Royal Media’s website, the renowned journalist enjoys reading on a free day. He abides by three quotes that guide his life and profession. They are:

On top of reading as a hobby, Trevor enjoys travelling and bike riding, hobbies that many people wouldn’t have guessed from his screen demeanour.

3. He has worked as a radio news anchor

Before Trevor Ombija started gracing television prime time news, he had worked as a radio news anchor. He joined Nation FM in mid-2013 after working as an intern at CGTN immediately he left the University of Nairobi.

Fans of Nation FM that was then known as Easy FM had fallen in love with his resounding baritone voice. It made him very popular, and people were glad to see the face behind the voice when he moved to television.

Trevor Ombija prefers not to enter his stories for journalist competitions. The decision from the renowned journalist is quite strange, considering many in the profession always look out for recognition of their works by winning accolades.

According to Trevor, he became a journalist so that he can be a voice of the people and not for recognition purposes. Trevor has only entered into one competition that he lost. It is his personal decision, and he still respects other journalists for seeing recognition.

5. He has worked in other fields

Interestingly, Trevor Ombija has worked in other professions other than journalism. At CTGN Africa, Trevor worked as a Desktop manager from May 2012 to July 2013. Also, he has worked as an Associate Ocean Send Out facilitator for the global coordination organization SDV between February 2010 and April 2011. 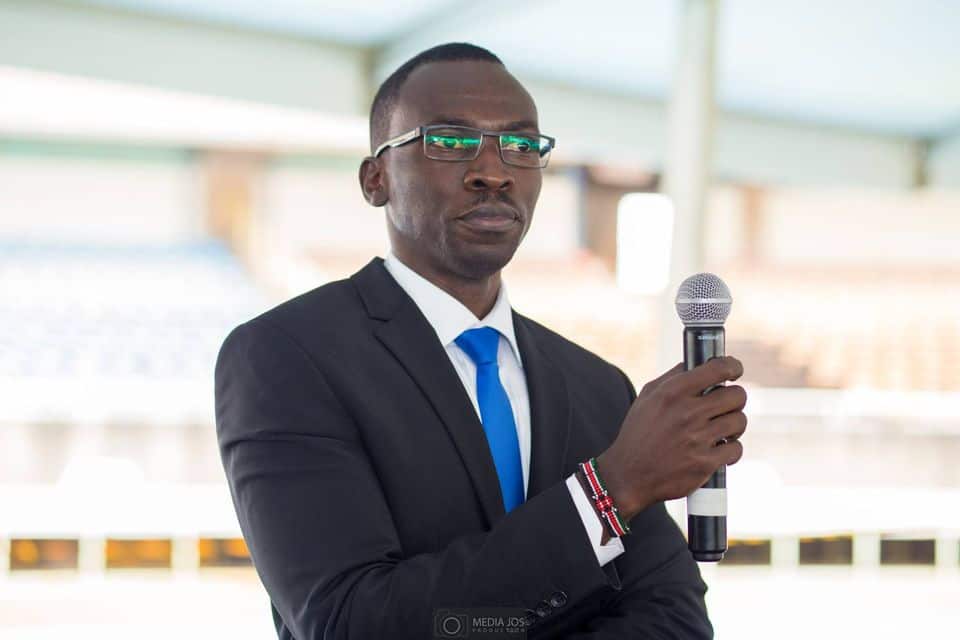 You have probably noticed that Trevor Ombija’s interviews and town halls are well-regulated. He does not like his interviews to be noisy, mostly because of the lack of sufficient substance. Trevor doesn’t have shouting matches in his interviews.

You are probably wondering about Trevor Ombija car. According to various social media uploads, Trevor seems to have a great life where he enjoys sufficient luxury.

The journalist has recently been trending on social media because of his beautiful house. Fans managed to have a glimpse of the amazing interior when he was reporting from home.

Trevor Ombija, like his media counterparts, keeps a low profile and it is hard knowing what he is up to. That is why there is hardly a story about Trevor Ombija wedding. People are not even sure whether he has a wife or children. However, the above facts would suffice as a snippet to his concealed life of the famous journalist.

Tuko.co.ke on August 4, shared a trending story about Trevor Ombija’s house. The Royal Media company television journalist exposed part of his large house to the public when hosting prime time news at home.

Form the structure; it is clear that it is a beautiful house. The journalist has been termed as one of the best and probably earning a good take-home. And the indications from the news session’s background corroborate the story.