Ole Gunnar Solskjaer has reportedly decided against moving back to Norway after he was sacked as the Man United boss.

Solskjaer was shown the door at Old Trafford in November after a string of poor results that saw United drop out of the top four.

The Sun reports the Norwegian had been staying in the UK since his sacking and has no plans of leaving the country. 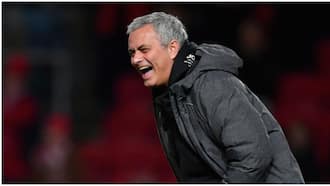 It is understood Ole opted to stay back because of his daughter who is part of Man United’s academy.

However, The Athletic claims there is a chance he may fly back to Norway for Christmas.

His wife, Silje, and sons Noah and Elijah are said to have already jetted back home in Norway, with the family moving back during the lockdown.

Solskjaer, who is staying in the northwest was recently spotted treating himself to some Japanese grub from a nearby Cheshire spot.

At the time, he bumped into some Man United supporters who are said to have thanked him for his efforts during his three-year spell at Old Trafford.

“I tried my best. Thanks, lads,” the tactician was heard saying as he collected his food. 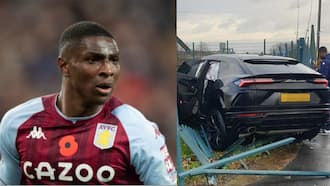 The Norwegian has since been succeeded by Ralf Rangnick who was recently appointed on an interim basis.

Rangnick was in charge at the weekend when United stunned Crystal Palace 1-0 at Old Trafford.

Earlier, TUKO.co.ke reported Ole Gunnar Solskjaer has said he will be looking to move back to Norway after his dismissal at Man United.

The sacked United tactician divulged he wants to make up for lost time with his family after a challenging period at the helm of affairs at Old Trafford.

He, however, was quick to reveal he has an itching desire to return to football management at some stage.

Laikipia: 2 KDF Officers Killed, Several Injured after Being Attacked by...