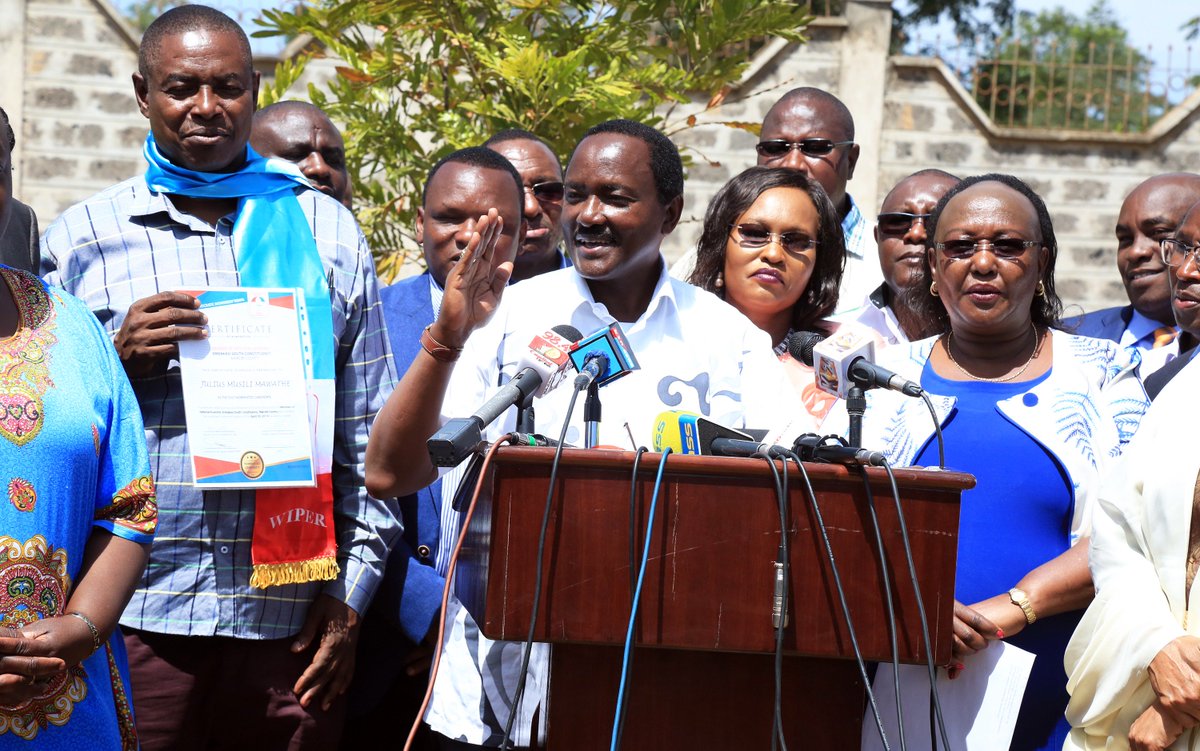 A section of Machakos MCAs drawn from different parties has called for Wiper leader Kalonzo Musyoka to retire from politics.

The MCAs drawn from Maendeleo Chap Chap, Narc, DP and Jubilee parties addressed the press at a Machakos hotel on Tuesday. 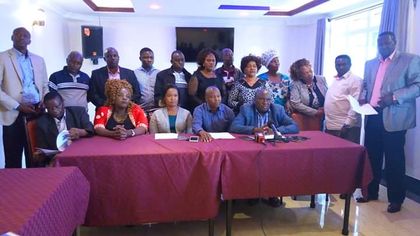 “Enough is enough, Kalonzo should retire honorably and pave way for new blood to lead the community. There has not been any meaningful achievable development during his time,” Kaloki said.

Kaloki said the trio is giving the community a new direction that will ensure development is felt in Ukambani.

He stated that the Kamba nation is ready for a new political path away from Kalonzo and his Wiper party.

“SEKEB will solve the Ukambani’s perennial problems and ensure development,” he said.

Kaloki said the Wiper’s planned Koma meeting is a plan to revive Kalonzo’s political career that is on its deathbed.

“We have heard about a desperate move by some leaders planning a meeting that is meant to revive Kalonzo’s diminishing political career, nothing much will come out of it,” Kaloki said.

The MCA urged the three Ukambani governors to call for a leaders meeting to forge the way forward for the community.

He said the three should craft a new political direction that will see one of them become president.

Kaloki said the governors should approach as many communities as possible to ensure inclusivity, stating that Wiper politics have been all about hate for other communities, negativity, and division.

The self Proclaimed General of the National Resistance movement Miguna Miguna has laid bare all behind-the-scenes events as the NASA coalition planned on how...
Read more
Politics