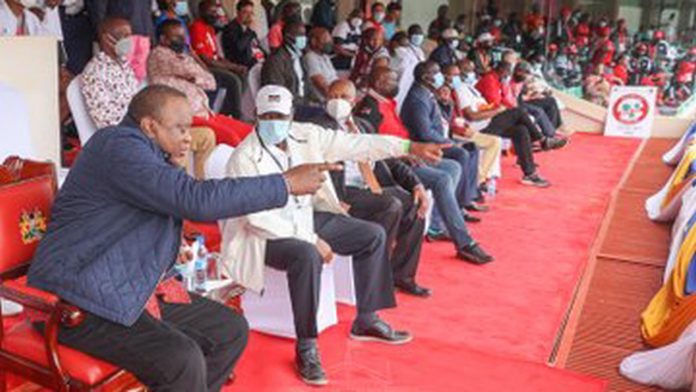 Omanyala was running alongside three time Olympic Champion, Justin Gatlin who did not do well in the race that saw Omanyala emerge second.

Trayvon Bromwel won the race in a time of 9.75 after he also finished first in the race that was held in Germany a few days ago.

Ferdinand Omanyala finished the race at a personal best and now what has been confirmed as an African record of 9.76 seconds.

The 25-year-old Kenyan sprinter has now broken the national record around 5 times in the last three months thanks to his intense training program.

The Kip Keino Classic event that is currently being held in Kasarani Stadium has seen several Kenyans walking away from the race as champions.

Olusoji Fasuba of Nigeria held the record of 9.85 seconds but now Ferdinand Omanyala has overtaken him to be crowned the new African Champion.

President Uhuru Kenyatta was in the stands to congratulate the Kenyan sprinter who keeps on breaking records.

We extend our congratulations to the Champion who the country is now so proud of.

UAE Shifts Weekends to Saturday and Sunday from January 2022, Week To Have 4 ½ Working Days