The family of slain BBC manager Kate Mitchell has spoken days after her body was discovered in a Nairobi hotel.

Mitchell was found dead in her hotel room in Nairobi on Friday, November 19, and a Kenyan man whose body was later found is believed to have strangled her to death.

Her brother Peter Mitchell spoke on behalf of her entire family which said it was still struggling to come to terms with her demise. 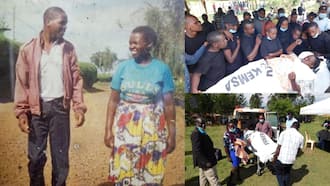 “Kate was a deeply beloved daughter, sister and friend, and we are only beginning to realise the magnitude of her loss,” he said.

Peter mourned his sister as a woman who loved her work and was tireless in her efforts to make the world a better place.

He said the family was working with BBC Media Action and other agencies to understand what happened to their sister and at the same time asked for privacy during the mourning period.

“We want to extend our sympathies to everyone who knew, worked with and loved her, and our sincere thanks for the many messages of comfort we have received,” he said.

This came as the international broadcaster said her death was not linked to her work at the BBC. 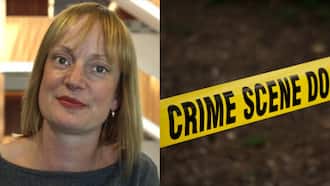 “The circumstances of Kate’s death are not very clear at the moment and we are working with the UK high commission and the police in Nairobi.

Of course we will offer every assistance that we can; and I will share anything that I can with you as soon as we are able to. There is no indication that her death is connected to her work or to the BBC,” the memo further read.

As TUKO.co.ke reported, Nairobi Regional Police Commander Benjamin Nthumbi said her hotel door was closed from inside when sleuths arrived.

Besides her remains, broken pieces of the window were found on the floor. Upon checking through the window, they saw the man’s body on the ground.

He allegedly took his life by jumping from the eighth floor of the building through the window.