Daily Nation reported that The Stephen Kalonzo Musyoka command centre, which is spearheading the Wiper Party leader’s campaigns, confirmed that Raila will join the One Kenya Alliance (OKA) principals at the event.

Others expected at the event to be held at Kasarani Sports Complex, Nairobi are representatives of President Uhuru Kenyatta’s Jubilee Party. 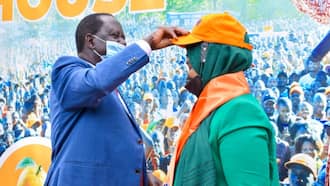 Kalonzo, Mudavadi and Wetang’ula severed links with Raila, leading to the collapse of the National Super Alliance (NASA).

The three later joined hands with Moi to form OKA.

It was during the event that Moi who doubles as the Baringo senator declared his 2022 presidential bid.

TUKO.co.ke reported that it was Raila’s presence, and elevation as the chief guest that set tongues wagging on whether the independence party was committed to OKA, which had not named its presidential flag bearer.

The OKA leaders have been attending consultative meetings convened by Uhuru.

The head of state is reportedly attempting to bring them together with a view of creating a formidable force against Deputy President William Ruto in the run-up to the next year’s elections. 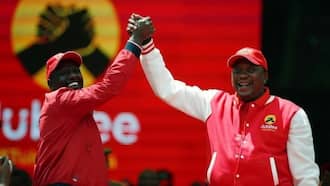 Kilonzo said the approval of plans to form a coalition would be one of the key agenda items at the meeting.

“Our agenda is to change the party constitution, colours, appoint new officials, endorse Kalonzo for the presidency and approve coalition-making,” Kilonzo said.

Early October, the Wiper Democratic Movement party issued a notice on a planned change of name and colours ahead of the elections.

Hassan Joho and Junet Mohammed Spotted in A Bentley Mulsanne Worth...