Chelsea defender Cesar Azpilicueta is said to be in advanced discussions with a possible move to Spanish club Barcelona at the end of the season.

Reports have it that the player’s current contract with the Blues expires next summer, meaning he could sign a pre-contract with clubs outside the UK as from January.

The Spaniard joined Chelsea from French Ligue 1 side Marseille back in 2012 and has won several titles with the Stamford Bridge outfit. 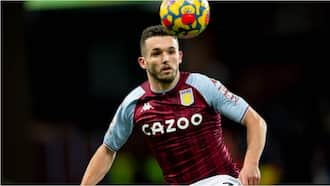 The 32-year-old will become a free agent in June and Spanish outlet El Nacional are claiming that the player is already in contract talks with Barcelona.

It was further reported that new Barcelona manager Xavi Hernandez is personally pushing to land the Chelsea star at the Camp Nou and club president Joan Laporta has also agreed.

Azpilicueta’s arrival could spell bad news for Dani Alves who recently returned to the club. The Brazilian cannot play for the Blaugrana until January.

Reports suggest that Azpilicueta’s free transfer arrival would mean that there would be no contract renewal for Alves, writes the publication.

Meanwhile, Barcelona could bring an end to Samuel Umtiti’s contract after the Frenchman refused to accept a pay cut. 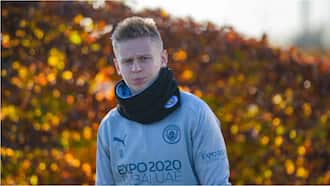 The out-favour centre-back pockets £208,000-per-week despite not having a regular starting shirt for La Blaugrana in a couple of seasons.

And the Camp Nou outfit are looking to get the 28-year-old off their books after the French defender refused to accept a reduction in salary.

Umtiti has been struggling to gain fitness and form in recent months since coming back from knee surgery.

John McGinn on the radar of Manchester United

The United interim manager is prepared to splash £50million on the Scot to reinvigorate his midfield.

It was gathered that the Old Trafford club will do business as soon as the transfer window opens next month as Rangnick is desperate in reshaping his squad.

Young Lady Narrates how Friend Called Armed Robbers on Her After...