The four suspected robbers had entered the banking hall under the pretence that they were customers.

After gaining entry, an eyewitness said they threw a tear gas canister on the floor, forcing some of the customers and bank staffers to scamper to safety.

Nyanza regional police commander Karanja Muiruri confirmed the officers who had been dispatched to the scene of the crime were not armed with tear gas canisters.

“The police did not fire teargas. It was the criminals who were firing teargas and we have the samples. We don’t know where it came from. We don’t have that kind of teargas. The public should take care because we do not know whether these are people who are armed,” he told journalists. 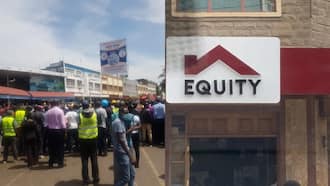 “The suspected thugs are still trapped inside the bank. They have lobbed teargas at the officers. It has not been established how many they are,” said Muiruri.

A reinforcement of police was made with officers at the scene, totalling at least 30. At around 12.30, several customers and the bank’s staff had been safely evacuated.

Who is the richest Wayans brother? Net worth, property, cars